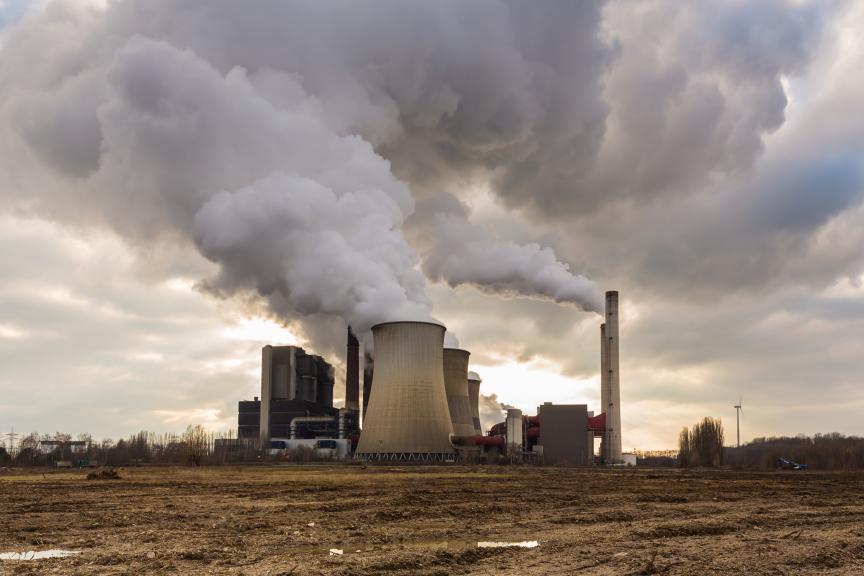 Health at the Mercy of Fossil Fuels, a report by the Lancet Countdown group on health and climate change, focused on the global climate crisis and particularly talked about the world’s addiction to fossil fuels.

According to the report, there is a significant rise in the number of deaths due to infectious disease, hunger, and heat – issues that are all related to the climate crisis. Instead of helping countries that are gravely affected by global heating, governments around the world are providing additional subsidies to fossil fuels.

The climate crisis affects all sectors but most especially the agricultural workers in developing countries as they have limited income and food supplies.

The report also specifies the importance of immediate action, specifically in terms of achieving better health and cleaner air.

In response to the report, UN Secretary-General António Guterres emphasised the negative impacts of the climate crisis – floods, droughts, extreme heat, infectious disease outbreaks, reduced food security, and toxic air everywhere. The crisis is affecting not only the environment but human health as well.

He also stressed the importance of investing in climate resilience and renewable energy.

Tracking the fossil fuel system, the Lancet group discovered that of the 86 governments covered, 80% spent a lot for fossil fuel subsidies, with the 2019 total at $400 billion (approximately £330.63 billion), which was higher than five countries’ national health spending. Governments weren’t able to provide even the smaller amount of $100 billion (approximately £82.66 billion) for climate action, particularly in poorer countries.

There is a great need to reduce fossil fuel burning or eliminate the use of fossil fuels. This has several benefits, including global heat reduction, improving overall health, and lessening or preventing premature deaths caused by exposure to dirty air.

Wind energy instead of fossil fuels

Another study, this time by Massachusetts Institute of Technology (MIT) researchers, focused on fossil fuel-based power plant emissions and wind turbines. Conducted from the year 2011 to 2017, the study showed the need for governments and policymakers to eliminate fossil fuel power plants if they want to protect the public’s general health and well-being.

The study also focused on how fossil fuel power plants have adverse effects on human health and how the minority or low-income population is more exposed to them than those who live in rich neighbourhoods that are situated far away from pollutants and high pollution sources. As such, knowing the factors such as where people live, and which sources are near them is important. This can be corrected by making wind power widely available so that fossil fuel-powered plants can lower their harmful outputs. This will also help bring down emissions levels worldwide.

Why vehicle emissions are harmful

Emissions released by vehicles, specifically diesel-powered ones, are called nitrogen oxide or NOx. It is a highly reactive group of gases that has nitric oxide (NO) and nitrogen oxide (NO2). When it reacts with other chemicals, it forms acid rain and smog and produces ground-level ozone, which can damage plants, crops, and other vegetation.

NOx emissions can also trigger mental health conditions, such as anxiety and depression. It can weaken cognitive abilities as well and when this happens, a person becomes more susceptible to dementia, most notably Alzheimer’s disease.

The most dangerous impacts of NOx emissions, however, are their effects on human health. Breathing problems; fluid in the lungs; and other respiratory illnesses such as emphysema, bronchitis, and asthma; are common among those who are regularly exposed to low levels of NOx. High-level exposure health impacts can be serious, including certain cancers, asphyxiation and laryngospasm, cardiovascular conditions, and premature death.

These impacts were highlighted even more after the Dieselgate diesel emissions scandal broke out in September 2015. At that time, the Volkswagen Group received a notice of violation from US authorities alleging that they installed defeat devices in their Audi and Volkswagen diesel vehicles. Defeat devices are programmed to sense when a vehicle is being tested in the lab so it can automatically bring down emissions levels to within the World Health Organization (WHO) limits. They manipulate emissions so that vehicles would appear emissions-compliant when authorities are testing them.

Outside testing conditions and when driven on real-world roads, however, vehicles installed with defeat devices revert to releasing massive volumes of NOx, which means they are pollutants. Volkswagen lied to their customers when they sold the vehicles as fuel-efficient and emissions-compliant.

Aside from VW, other carmakers are also involved in the scandal including Mercedes-Benz, Vauxhall, and BMW.

These carmakers should be held responsible for the environmental and health-related inconvenience you and other drivers were subjected to. So, bring forward an emissions claim against them and you can receive compensation amounting to thousands of pounds.

Since only several models and certain manufacturing dates are involved in the scandal, the first thing you should do is verify your eligibility to file a diesel claim. Once you have all the information you need, you can start working on your claims case with the help of emissions experts.

Previous PostDifferent Types of Yoga and its Benefits Next PostHow to Know That Your Ketogenic Diet Is Working -5 Signs!